Sending nudes has become the norm among youth today. This revelation should be no surprise. The everchanging tides of how youth communicate and have relationships has become inextricably linked to technology. It has also become clear that youth need to be made aware of what could happen when they share explicit images of themselves, also known as self-generated child sexual abuse materials (SG-CSAM). It is important to note that scare tactics don’t work. It is also important to note that shaming is harmful, especially if that image is reshared without consent. 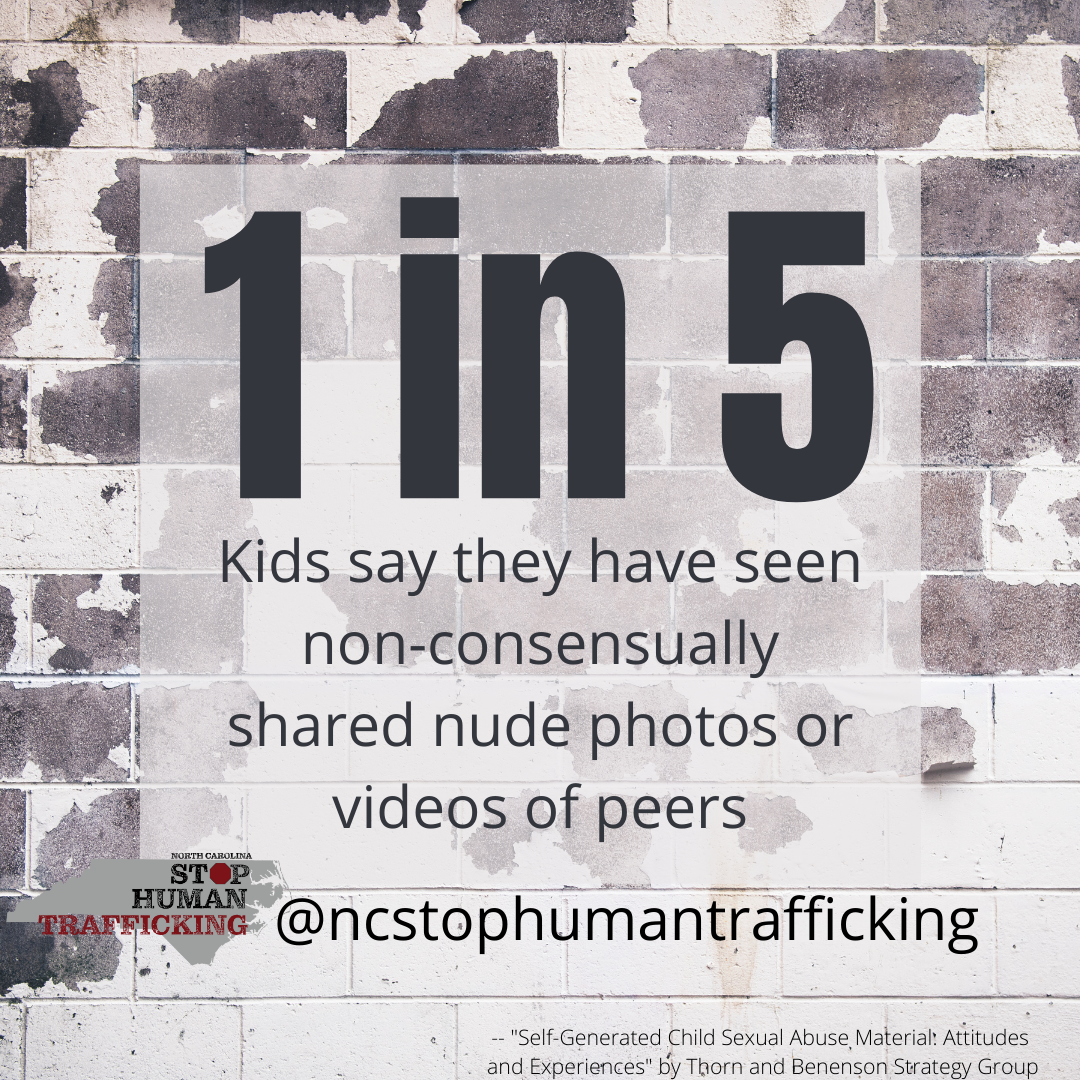 According to a 2020 report “Self-Generated Child Sexual Abuse Material: Attitudes and Experiences” released by Thorn, an anti-human trafficking organization that works to address the sexual exploitation of children, 1 in 5 girls ages 13-17 have shared their own nudes; 1 in 10 boys ages 13-17 shared images of themselves with 40% of survey respondents agreeing that sending nudes is normal.

These numbers alone really speak to the nature of the acceptability of sexting, sending nudes (SG-CSAM). And while sharing explicit images of themselves (which is illegal and falls under the child pornography penal code) does not seem like a big issue to youth, it is when those images are reshared without consent or those images are coerced through grooming where the harm takes effect.

One in 5 kids report seeing non-consensually shared images with 1 in 10 youth saying they have been the ones to share it. It is what happens after that image is reshared where the incredible harm lies. 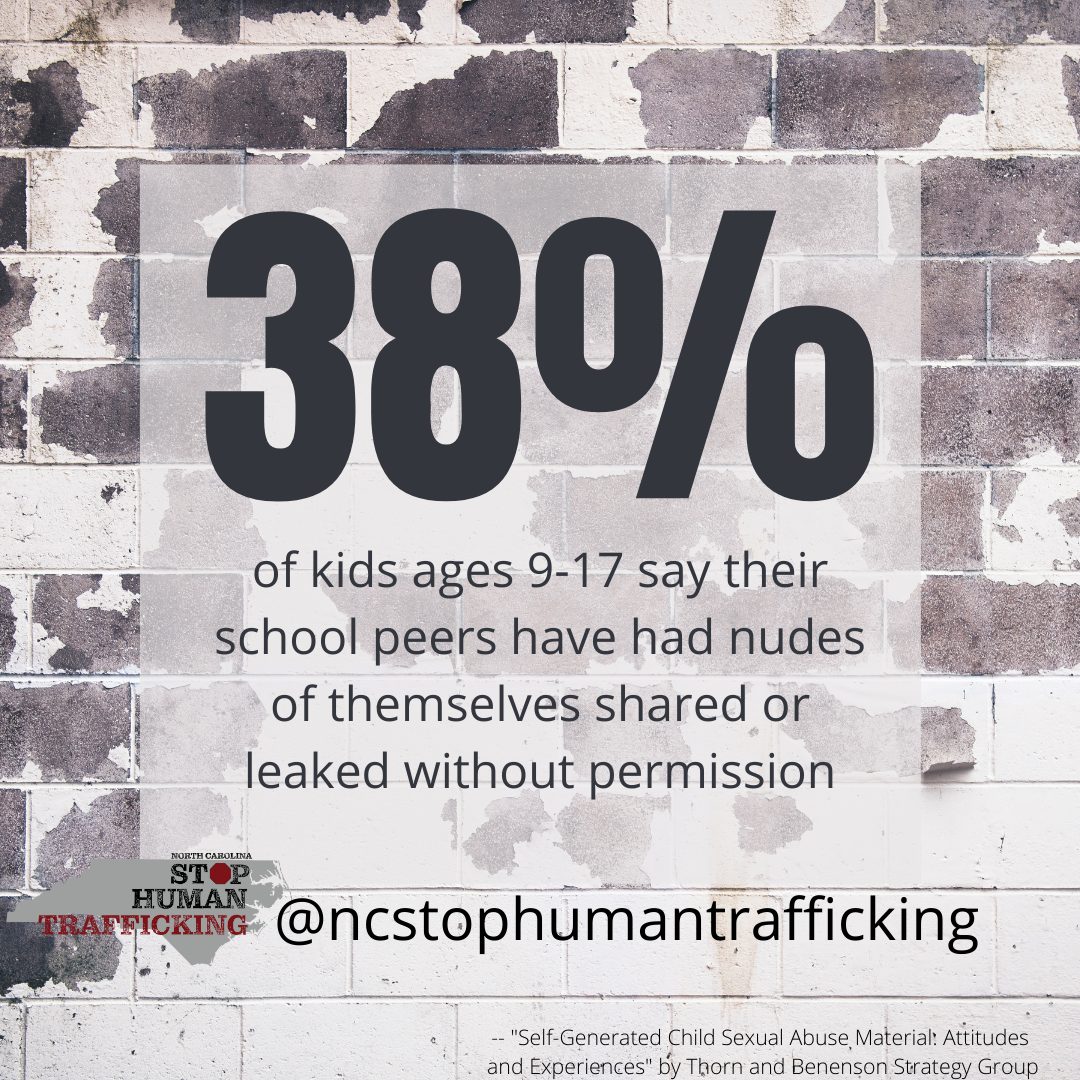 Once those images are reshared, that young person can suffer from loss of trust, self blame, post-traumatic stress disorder, loss of trust, anxiety, depression, suicidal thoughts and low self-confidence.

Another aspect of SG-CSAM is that it is sometimes produced by youth who are being groomed online by predators.

One desired result of a predator or trafficker is entice the victim away from home for the purpose of sexual gratification or exploitation. A cornerstone of that grooming process is to develop trust through building a false relationship.

Oftentimes that relationship includes the normalization of the exchange of explicit images, which begins with the predator sharing images of themselves or who the victim believes is them.

Once that image of the youth is received the predator uses that for sexual gratification, uploads it to pornography sites for profit without consent or uses that image to exert control over the youth through threatening exposure.

While youth are becoming more comfortable with sending and receiving nudes, it is apparent that it makes them more vulnerable to predatory behavior. 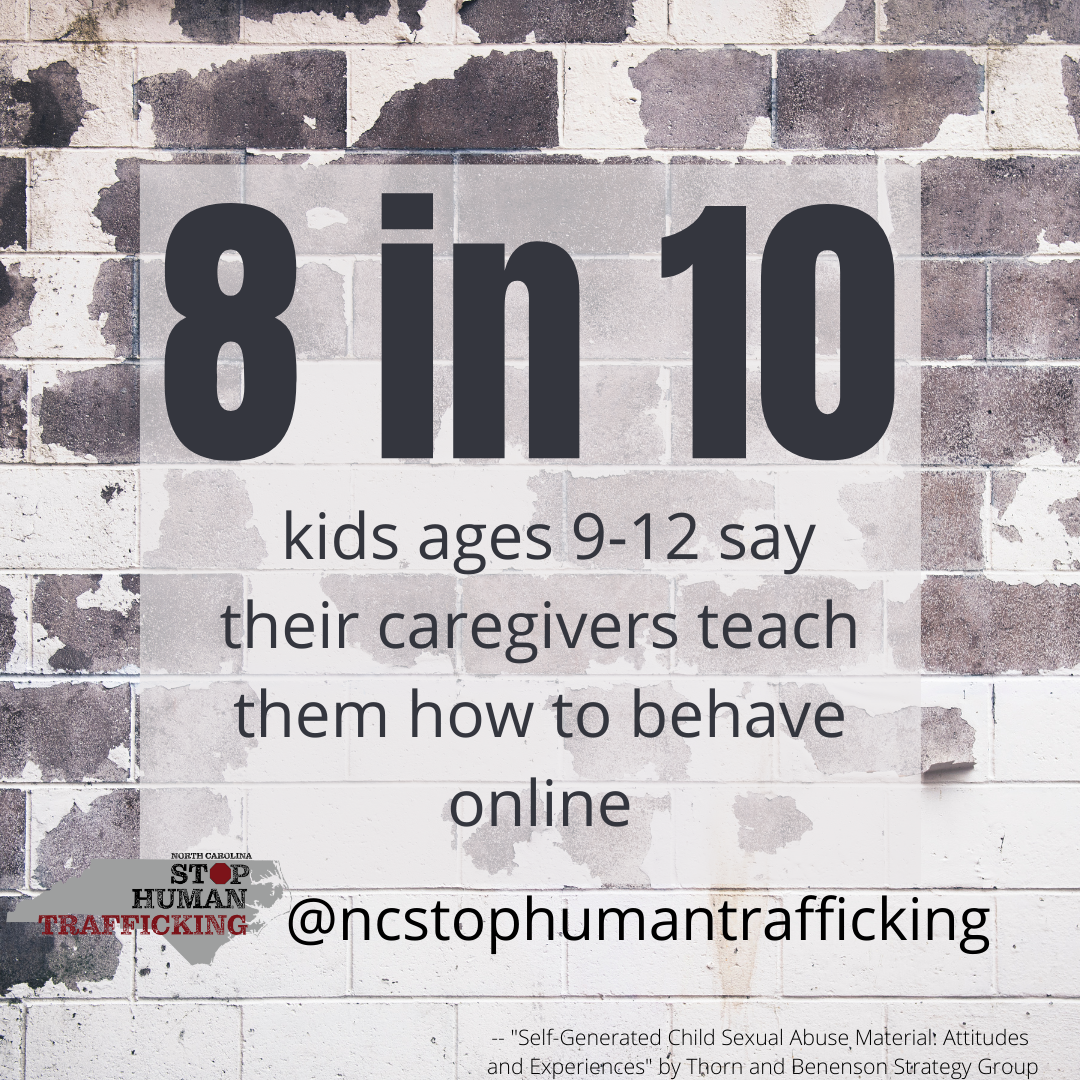 Frankly, caregiver attitudes and community supports are the guiding factors in whether youth practice internet use safely but also whether they disclose their harmful online experiences.

Caregiver attitudes toward sending nudes/sexting is actually pretty similar to youth ideas. According to the Thorn study, 26% of women caregivers have sent nudes of themselves and 40% of male caregivers have.

The caregivers’ and community’s views on blame are the crux of whether the victim of a nonconsensual reshare reaches out for help. Most caregivers report they mostly or exclusively blame the person in the photo (55%) if it is reshared.

If the photo is leaked, then caregivers are least likely to focus on the resharer.

Victim-blaming, which is what these percentages represent is a detriment to youth, especially if they have been victimized. 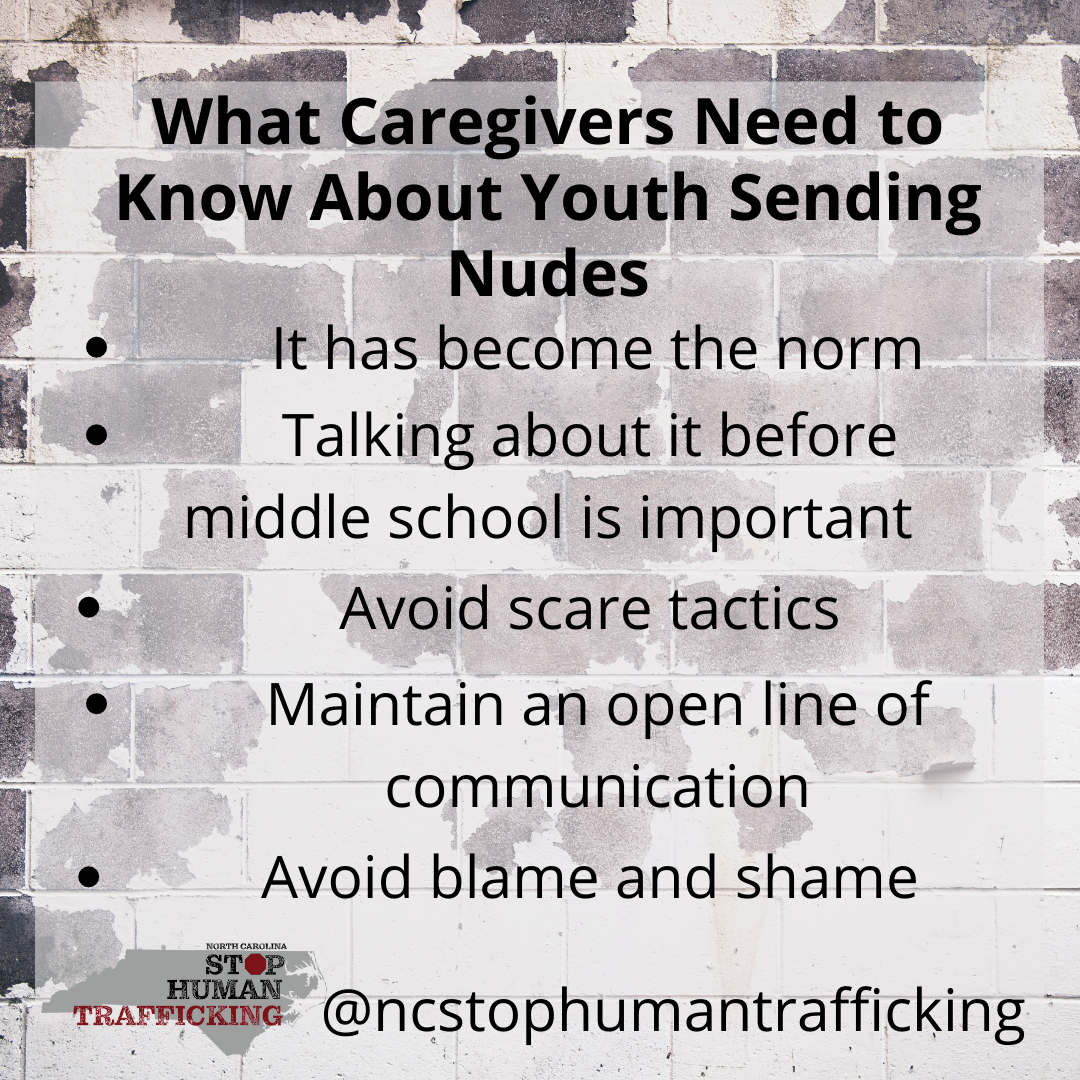 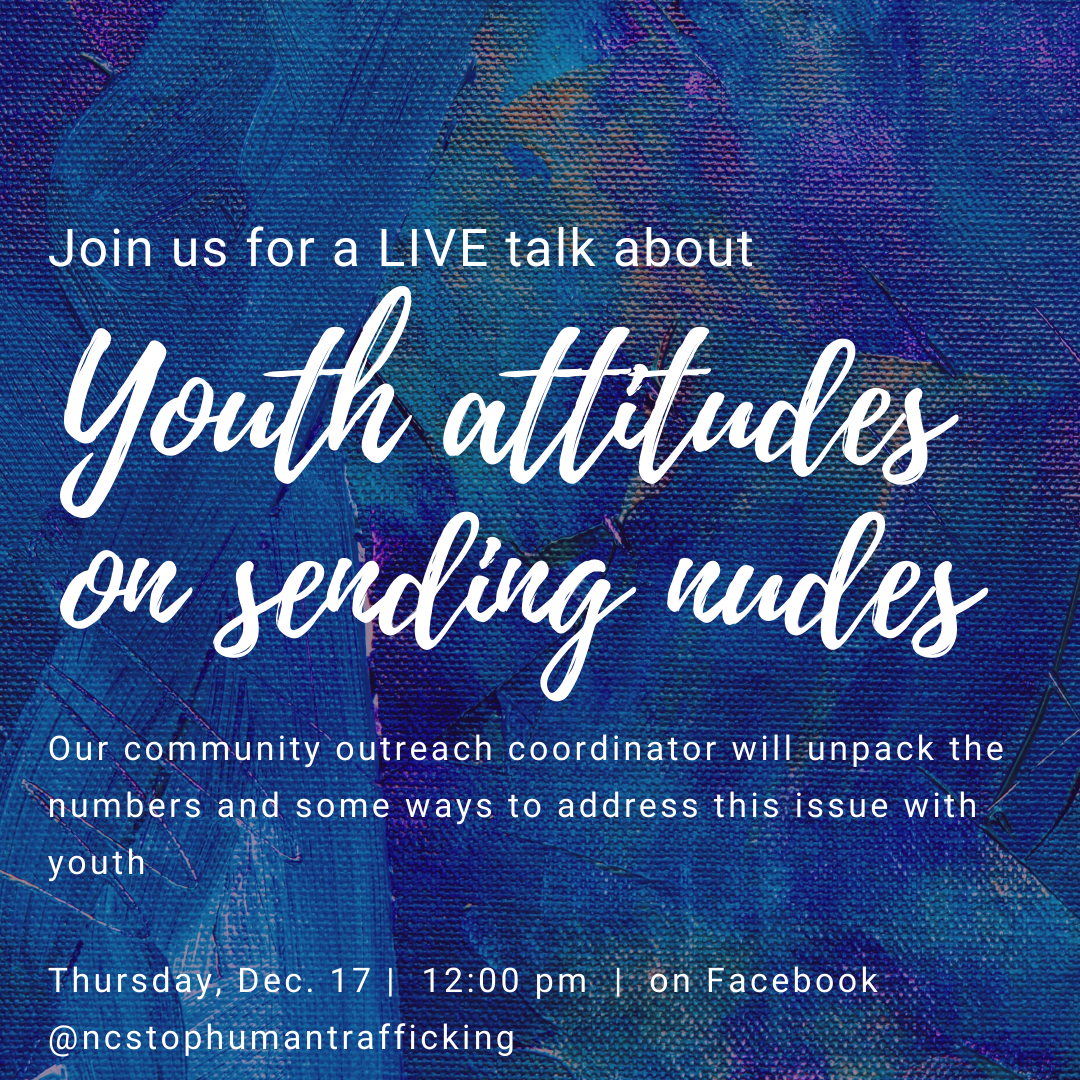 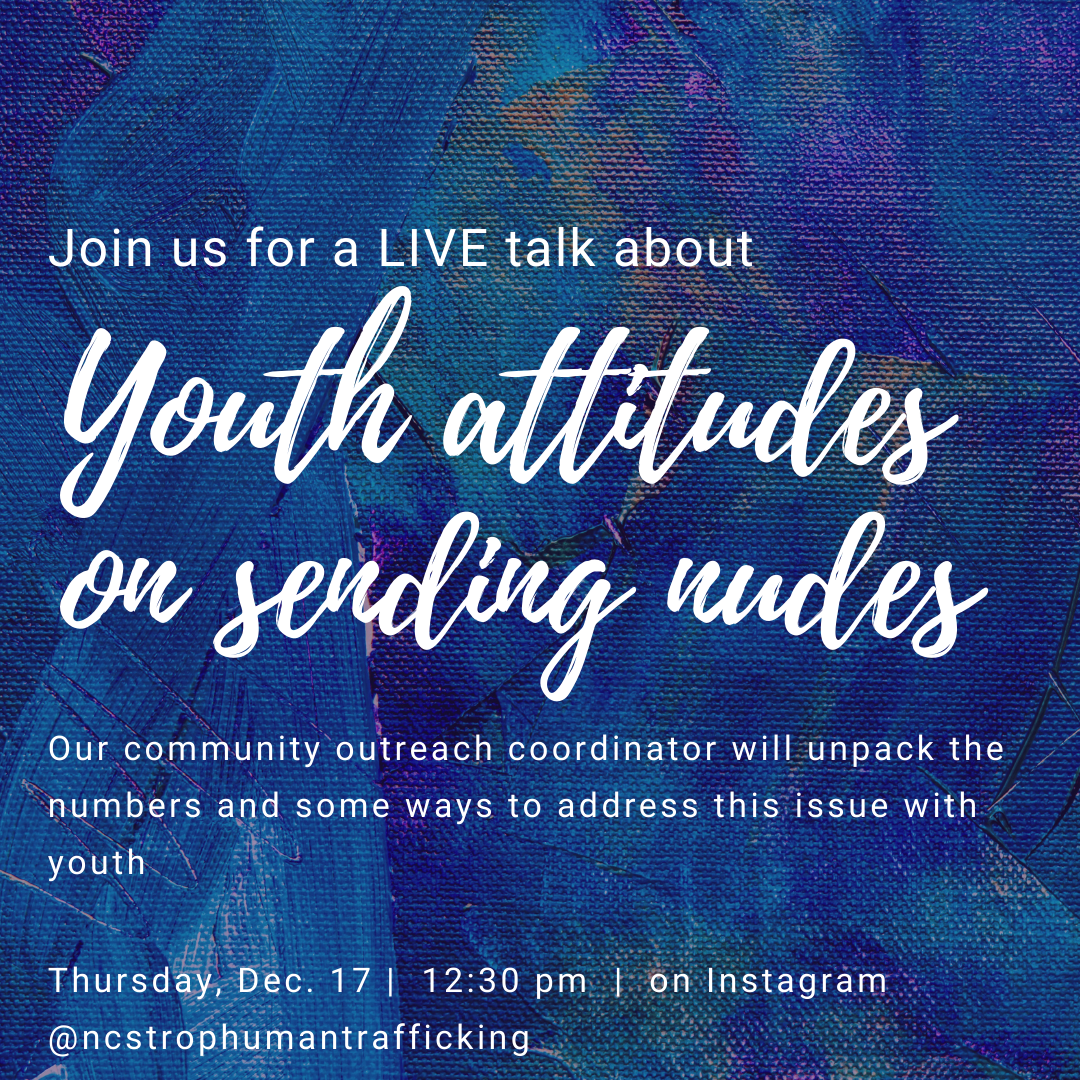